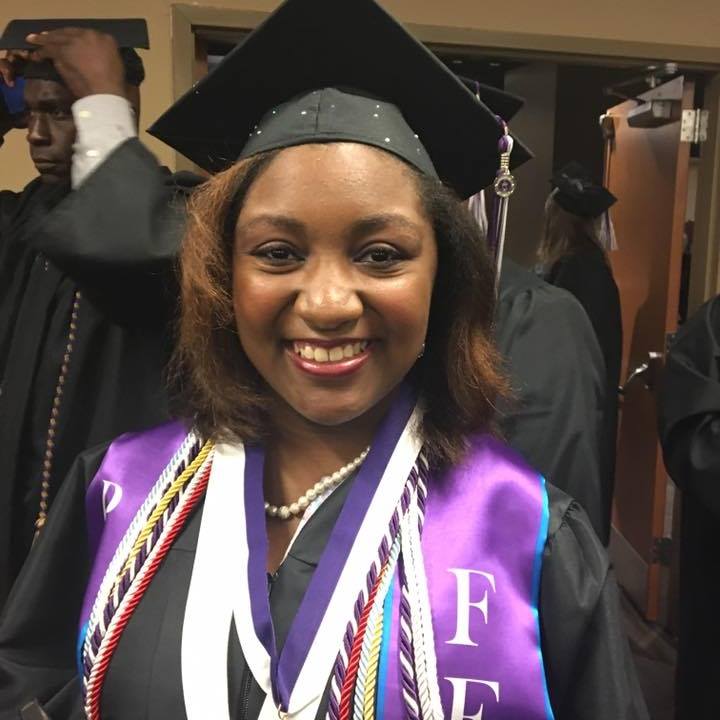 For as long as she can remember – and even before that – Columbia College graduate Erica Cooper has had a deep love for fine arts. She started competing in pageants at 18 months old, began taking dance classes at age three, and by the time she got to high school, she knew that dance would be a part of her life forever. What Erica did not know is that her love of dance would grow and change along with her, as she explored new and different interests during her time at Columbia College.

As Erica expected, she studied Dance at Columbia College, but through her involvement on campus and relationships with faculty she met there, Erica’s focus shifted to the academic side of dance. She says that all of her professors – Dr. Zubizarreta, Marcy Jo Yonkey-Clayton, Martha Brim, Amada Ling, and Jessica Moore to name a few – were pivotal in inspiring her to become an educator, and specifically an educator of the arts. As an Honors student, she was able to represent dance at conferences in front of other Honors students nationwide. This experience, Erica says, helped her solidify her love of dance in a surprising way, allowing her to hone her craft and discover the academic and socio-emotional side of dance. Erica was also a P.L.A.C.E. Fellow under the direction of Dr. Tamara Burk, which she describes as a positive experience. Erica was used to performing in front of many people, but public speaking was not something she loved. She says that her time as a P.L.A.C.E. fellow helped her find a different voice to speak her truth, and it gave her the confidence in herself that she had always found in her characters, which allowed her to “make a seat at the table,” for herself whenever necessary.

Erica now teaches Dance at Eau Claire High School and still finds herself performing from time to time, most recently in the Columbia Children’s Theatre’s production of “Grace for President.” Erica says her favorite part of her job is watching her students grow, not only artistically, but as people. Every day she has the opportunity to watch them take what they learn in class and use those lessons to become better people. It is Erica’s aim to inspire her students to follow theirpassions, as she did, but never be afraid to let their paths wander. Your passions will lead you in many directions, and people and diverse opportunities - like Erica found at Columbia College – can guide you in your journey to discover your future.

Alumna Performs in "Grace for President"

Check out Alumna and P.L.A.C.E. Fellow Erica Cooper interviewed for her performance in the Columbia Children's Theatre Performance of Grace for President! WIS-TV Interview

We’re proud to have two of our distinguished alumnae recognized on The State’s annual 20 under 40 list. Annually, The State and www.thestate.com honors 20 of the best young adults in the Midlands...

In Memoriam: Board of Trustees Member, Marlena Myers ’64

It is with deep sadness that we share with you the passing of Marlena Myers ’64. Marlena has been a strong supporter of the College, devoting much of her life to working with our Alumnae to benefit...

Columbia, SC: Robert "Bob" McNair, husband of Janice Suber McNair '59, passed away this evening. Together, the McNairs were generous supporters of the students of Columbia College. They provided...

The Columbia College community was saddened to hear of the passing of a devoted alumna, Elizabeth “Liz” Patterson ‘61. Thoughts and prayers go out to her family during this difficult time. Liz...